The Louisiana State Senate voted 26-8 on Wednesday to approve a bill that would protect public employees who use medical cannabis from job discrimination. Louisiana’s House of Representatives approved House Bill 988 last week. It now heads to the desk of Governor John Bel Edwards for his consideration.

Under the bill, public employees use medical cannabis with a doctor’s recommendation. Additionally, according to state law, they cannot be fired for using medical marijuana. The bill also protects medical cannabis patients who are applying for state positions from being denied employment. In addition to other job discrimination based on their use of cannabis.

“This would basically be a first step to having laws on the books to protect people who have medical marijuana cards”. State Representative Mandy Landry, the sponsor of the bill, said last month after introducing the bill.

Although. the bill does not apply to private employers or local government agencies, including police and fire departments. Landry told reporters that the legislation was limited to state employees to address likely opposition from politically powerful law enforcement and business lobbyists in the state Capitol.

Medical Cannabis an Alternative to Opioids in Louisiana

The Louisiana House of Representatives approved the bill by a vote of 60-32 on May 24. Landry told her colleagues that the legislation would help prevent state workers from becoming addicted to opioids. A further argument was echoed in the upper body of the state legislature by Senator Stewart Cathey.

Those suffering from long-term PTSD and pain management are trying to avoid the use of opiates. Further with addiction and the risk of taking opiates, medical cannabis is an amazing alternative.

The bill faced opposition from some lawmakers in the House. Further, those who argued that the legislature should not be drafting policy for state workers.

State Representative Ed Larvadain supported the bill, further suggesting that more work on cannabis policy reform is yet to come.

“We’re going to have to change how we deal with medical marijuana,” Larvadain said. “Although this is the first step.”

Larvadain offered to work with Landry in the future to find a path. One that makes law enforcement officers and firefighters also eligible to use medical cannabis.

“A lot of those men and women have chronic pains because over the years they’ve had to climb through windows and police officers have been abused,” Larvadain said.

Additionally, Tony Landry of the Veterans Action Council noted that police officers and firefighters are not able to take CBD because of the risk that trace amounts of THC “can accumulate in your body over time and cause a positive test. I’m in favor of this bill, and I just think we need to leave no employee behind.”

The study entitled “From dealing with influencing: Online marketing of cannabis on Instagram” and published in the international journal Crime, Media, Culture last month. Researchers Silje Anderdal Bakken and Sidsel Kirstine Harder from the University of Copenhagen, Denmark. Further compared 60 Instagram profiles belonging to illegal Swedish drug dealers to 70 cannabis influencers’ profiles based in the United States or Canada. Most of them belong to women.

They found out that cannabis influencers on Instagram are changing the stereotyped characteristics of illegal cannabis culture. As a result, cannabis has evolved from a largely male-dominated market to one where it is seen as a desirable accessory among certain feminine lifestyles.

“The role of influencers in transforming cannabis culture to become more mainstream and acceptable to women could potentially influence cannabis cultures worldwide. As well as ongoing legalization debates,” reads the study.

Platforms such as Meta’s Facebook and Instagram, Twitter, and TikTok don’t allow cannabis-related businesses to advertise their products or services on their platforms. As a result, cannabis influencers operate in a legal gray area. In which they can advertise their personal use and recommendations of cannabis without offering direct sales.

According to the study, while illegal dealers sell cannabis anonymously, influencers integrate cannabis into their everyday lives.

The study showed how social media marketing might impact a cultural shift toward cannabis becoming a normalized practice. In addition, it can trigger a cultural change.

Researchers further noted that the most common features they shared were anonymity, risk calculation, and amateurism. Profiles rarely included human features, and images of their products were accompanied by short captions.

Additionally, the researchers looked at Instagram’s public profiles of 70 cannabis influencers located in the United States and Canada. Focusing on images and related text, including captions, comments, and short profiles with bios.

In spite of no gender indications in any of the 60 dealer profiles considered in the study. Nearly all cannabis influencers identified themselves as women. (less than 10% of the 70 collected influencer profiles did not show women’s names or bodies)

Cannabis influencers display engaging content images. In fact, some of them display feminine objects and themes to indicate their gender and cannabis use.

Influencers post cannabis on Instagram in a stylish way, by posting photographic landscapes of cannabis fields. More commonly, by designing flat lays (pictures taken from above) and presenting cannabis in colors such as pink and white. Further different from the dusty green and brown colors of raw cannabis shown by the dealers considered in the study.

Rather than showcasing their products on Instagram, drug dealers use Instagram to connect with potential customers. The tactic is to provide followers with information about encrypted apps, such as Wickr or Telegram. Utilizing these to finalize the purchase of cannabis products.

Researchers found that cannabis dealers on Instagram reinforce stereotypes about subculture, masculinity, and risky transactions. Although cannabis influencers present cannabis and related products as natural and safe for anyone attracted to their lifestyle.

Researchers have observed in particular that female cannabis influencers portray their bodies in a very feminine, fashionable, and sexual way. On the other hand, they actively enjoy “getting stoned” and recommend it to other women.

Cannabis use may be interpreted as an effort to mainstream an illegal subculture.

On the other hand, the illegal dealer profiles don’t post any personal information.

“Social media like Instagram allows cannabis influencers to spread their messages about cannabis as an accepted consumption product to millions of people of diverse ages, genders, and nationalities. While all the illegal dealer profiles observed on Instagram maintain a focus on men or gender neutrality in their presentation of products, the cannabis influencers present themselves as women and their cannabis products as ordinary or ideal women’s accessories,” the study concludes.

During a meeting on Tuesday, regulators said consumers purchased $24 million in recreational pot in the first month of the industry’s launch. The meeting approved additional dispensary permits.

It’s really only a beginning, and I think it shows that there’s a lot of growth left in this market,” said Jeff Brown, executive director of the Cannabis Regulatory Commission. Brown further oversees the state’s marijuana market.

A total of $24 million in sales takes place in the 12 dispensaries with the permits to sell recreational cannabis. It took until two weeks ago to approve the 13th location. Which is lower than the average in other states. In Arizona, which launched its market at 73 facilities, the state reported $32 million in sales in the first full month the market was open. In New Mexico, which launched in April with at least 100 stores, sales reached nearly $40 million.

Meeting on May 24th

New Jersey dispensaries brought in about $5 million each week total. Although It is expected that the number of licenses will increase substantially as more are granted.

The meeting on Tuesday awarded 46 conditional cannabis licenses. 22 for cultivators, 13 for manufacturers, and 11 for recreational retailers. The approval of four more labs to operate follows.

It’s not clear when recreational retailers can begin sales. There are still local regulatory hurdles for owners to clear.

The commission also removed the “medical only” rule for cannabis licenses it awarded in the 2019 application cycle, which means instead of operating at least one year as a medical dispensary, licensees need only to prove they have enough supply for both medical and recreational demand.

Brown said the commission will issue quarterly reports starting next month on the number of licensees who are people of color, women, and veterans. The state’s marijuana law requires those groups to comprise 30% of licensees.

The next meeting of the commission will take place on June 23.

Participating in weekly or daily hashtag themes (via Twitter). Such as #designerweed or #cannabis, might help your company acquire the attention it deserves. Engaging in the community and contributing with hashtags that hundreds, if not millions, of people, are already using allows you to reach an audience far beyond your regular follower count.

Know your audience and keep up with current trends on your social media platforms. What new ways could you use story formats? You can use hashtags, national or international holidays, and think outside the box.

Besides being efficient, text messaging also allows you to communicate with a large number of people. As long as you use caution and don’t break the law, you can promote your products with text messaging at a low cost. By sending targeted messages to clients, you can keep them engaged.

Paid search is an excellent approach to get your products in front of the relevant buyers and drive quality traffic to your website. This technique, however, will not work for cannabis advertising because Google has a policy against “ads for substances that affect the mental state for recreational purposes.” Until this guideline changes, you should focus your search-related efforts on SEO and GMB optimization.

By providing SEO-optimized blog posts for your website, you can market your cannabis brand through other similar sites. However, you’ll need to figure out which websites and blogs your potential clients frequent. After that, you can guest post on blogs, run ads on third-party ad platforms, or advertise on industry-related websites.

Due to COVID-19, many customers have cut back on purchases, and products are in excess. You can also do this as a way to thank customers who stay with you regardless, just to show your appreciation.

Experiential marketing is one of the most effective methods for increasing brand awareness and affinity. You can use it to communicate and engage with your audience, as well as to increase brand loyalty. The brand experience should exceed customers’ expectations and be consistent with the company’s values. Follow WJ Media Group on Instagram for more information on cannabis marketing tips. In addition to our website where you can find more useful tips on cannabis marketing in 2022!

Whenever a new state legalizes cannabis, marketing agencies look to apply their professional background to the cannabis industry. As the industry is still in its early stages, regulations are constantly changing, and growth is rapid. An organization that deals with cannabis should use a marketing firm with ethics, experience, and an extensive portfolio in the industry. That’s why we suggest choosing WJ Media Group for all of your cannabis marketing needs!

Every social media platform has its own set of rules and stipulations, and they all follow different guidelines. This makes cannabis marketing much more tricky than a typical product. Although it also provides room to thrive because of its niche. A cannabis company will run into issues regarding guidelines on social media. Using a media company like WJ Media will help relieve these issues and navigate safely while marketing your cannabis brand.

WJ Media has experienced all of the issues that come with cannabis marketing, always finding a solution. Ranging from product information, packaging, labeling, and more. WJ Media has encountered various issues on social media platforms and worked through them. Having a company with experience in cannabis marketing is vital because of its complex rules. We here at WJ have done everything from recovering social media accounts to completely rebranding a company. 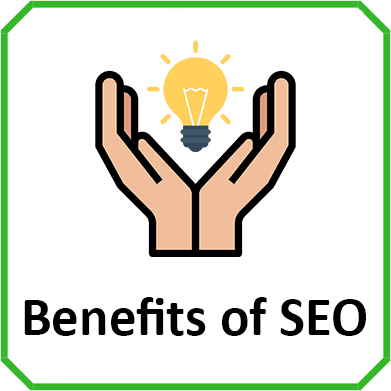